In the AMD Ryzen 5 5600X review, we see how the Zen 3 architecture has once again managed to make a significant racial leap over its predecessor, the Zen 2. We talk about a 19% improvement in performance compared to the Ryzen 5 3600XT and 24% compared to its direct competitor, the Intel Core i5 10600K.

We will continue with the AM4 socket, being able to update and keep our existing motherboard with the A520, B550 or X570 chipset in the BIOS with a simple update.

There is no doubt that the thing that has left us a little cold is the initial price, more than the AMD we have used. Let’s hope that in the next few months it will be reduced to the default, the best mid-range processor.

A premium processor, with a complete manufacturing process that guarantees stability and performance in adverse conditions. Its PCB construction with gold-plated pins ensures excellent connectivity, as well as better IHS for more direct heat transfer in the heat sink. As an improvement point, the series heat sink is perfect for the needs of this powerful CPU.

The crude performance of this mono core processor, not only because of its high frequency but also because of the Zen 3 architecture, has definitely made it outperform its competitors. 19% compared to Ryzen 5 5600XT and 24% with Intel Core i5-10600K is a fact that performance tests have shown. However, this improvement is not significant in the tests of FPS-based games.

Undoubtedly, price is the aspect we liked the least about this new 5000 series processor. AMD has been losing ground to Intel in recent years, and no one wanted to be able to keep prices down. We hope that when the market stabilizes, we will be able to view prices according to what we are accustomed to.

The Ryzen 5 5600X processor is without a doubt the most cost-effective option of the 5000 series. Its performance improvements have taken us by surprise and it is a pleasure to be able to assemble it on existing motherboards with a compatible chipset. However, the price takes it away from many hands, as the net performance of processors like the Ryzen 5 3600 is at a much better price.

In our review of the Ryzen 5 5600X, we analyzed the smallest processor in four of the 5000 series offered at the end of 2020. Its departure marks the beginning of a new phase in the mid-range, where AMD hopes to have its new best-selling processor, the Ryzen 5 3600 at the time. The arrival of this processor has ushered in a new generation thanks to the new Zen 3 architecture, which has led to increased performance in IPC. 19% compared to Ryzen 5 3600XT and 24% compared to its direct competitor, Intel Core i5-10600K.

Without a doubt, what makes us doubt is its starting price, around 50 euros more than what we are used to. Everything indicates that this change in the trend in prices is due to a strategic move by AMD now that it has taken a dominant position in the market. This has caught many of us off guard and makes us wonder if it is really worth investing in a computer with this processor today. Its price is very similar and even somewhat higher than nothing less than a Ryzen 7 3700X, a processor that many consider the best in relation to cost-benefit. This one, let us remember, consists of 8 cores and 16 threads with the provision that age better than the Ryzen 5 due to the increasingly widespread trend to multi-core.

Regarding its main specifications, we find a 6-core processor and 12 processing threads. As a great novelty, its new Zen 3 architecture stands out, again with a 7 nm TSMC manufacturing process that has meant a great leap in performance compared to the previous generation. It is also accompanied by an increase in frequencies, now having a base frequency of 3.7 GHz up to 4.6 GHz in maximum increase. To this, we must add a good overclocking capacity that will allow us to reach stable frequencies up to at least 4.8 GHz

As for the allocation of L3 cache memory, we will have 32 MB, but as we will see later, they are not distributed in the same way. The native frequency for the RAM memory will continue to be 3200 MHz, although AMD assures us that in the performance/frequency curve we will find the sweet spot at 4000 MHz. Its TDP remains at only 65W, so again we are facing a low-power processor. This has led to the incorporation of a modest Wraith Stealth heatsink with the Ryzen 5 5600X box., which we honestly do not believe is adequate at times of maximum load or overclocking, so if we like to squeeze the machine, we will have to acquire a better one.

The Ryzen 5 5600X has undergone, like all 5000 series processors, a major change in its chipsets. In this case, it contains a single CCD that houses an 8-core CCX (two of them deactivated), which now allows the 32 MB of L3 memory to be distributed equally in all its cores. In the previous Zen 2 architecture, the distribution was in 2 CCX each with 4 cores, which meant that each of these only had access to 16 MB of cache memory.

In addition, numerous internal changes have been made to increase the number of operations the processor performs, as well as decrease latency. But undoubtedly one of the most significant changes comes from having a unified memory controller, which optimizes communication with the RAM memory and significantly improves its performance.

Backward compatibility with socket AM4 motherboards

The Ryzen 5 5600X processor will continue to be compatible with many of today’s motherboards thanks to the use of the AM4 socket again. For now, backward compatibility with the A520, B550, and X570 chipset has been ensured, after updating the BIOS. From 2021 we should start to see how some models of 400 series motherboards release BIOS versions for the 5000 series procreators, although presumably, it will only be in some high-end models that accommodate these powerful CPUs, we will see.

In the market there is a wide number of processors within the price range of the AMD Ryzen 5 5600X . This is so not only in direct competition with Intel, but also within the range of AMD processors. When choosing a processor or another, we advise you not to get carried away only by the increase in theoretical or benchmark performance, but also by its real performance in games and applications. On the web you will find a multitude of comparisons that will help you, which vary depending on the characteristics of the equipment that has been used. Keep in mind that the better the PC used in the tests, the greater the difference between the two processors .

An alternative that many users have considered and that brings many headaches is the possibility of purchasing a Ryzen 7 3700X for a similar price . As for single-core performance there is no argument, the Ryzen 5 5600X wins the battle overwhelmingly. However in the multi-core section things change , due of course to the fact that the 3700X consists of 8 cores and 16 processing threads for the 6 cores and 12 processing threads of the 5600X . In addition, the Wrait Prism heatsink with RGB that the 3700X incorporates is much better than the one that comes with the 5600X.

Regarding Intel as its most direct competitor, we would find the Core i5-10600K , king in terms of mono-core performance in the mid-range for a long time. With the arrival of the Ryzen 5600X it seems to have been superseded in the pulse that it maintained with AMD, but with a nuance, we can find it about 50 or 60 euros cheaper . Therefore, being objective and not marrying any manufacturer, we advise you again that you review real comparisons between both processors and that you take your own conclusions.

As a conclusion to the review of the Ryzen 5 5600X, it should be noted that we may find ourselves with the best processor that we have analyzed to date. However, its starting price and the series heatsink have left us somewhat cold, which make us rethink whether it is worth buying at the time this review has been written. It will certainly be a good option for the more enthusiastic type of user , but less attractive for the standard user.

It must be said that at the time of doing this analysis the Ryzen 5600X was at a starting price of approximately 329 euros , while for example the i5 10600K was at a price around 270 euros . Our opinion always takes into account the cost-benefit ratio , so if in the coming months this obviously changes our reflection at the time of the article, it will not make much sense.

Staying with the positive, we are facing an important generational leap that heralds a new battle between the two great manufacturers. Now it is up to Intel to make a move and perhaps it will surprise us with a drop in prices that will make AMD rethink theirs, which will ultimately benefit the end consumer.

Hey! It's Tom Cook, a professional Tech Writer having experience of 6+ years in the field. I have written many top-class Article which featured on so many famous websites. 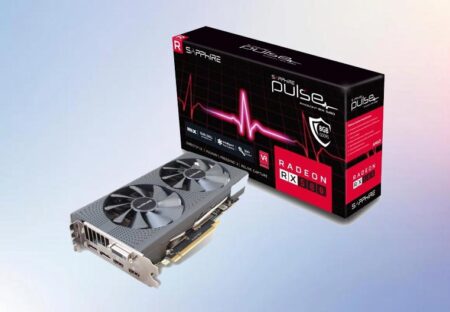 Today we take a closer look at the Sapphire Pulse Radeon RX 580 graphics... 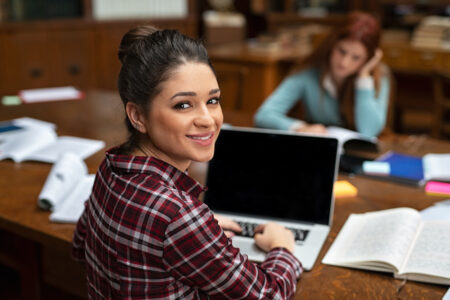 LAPTOP OR DESKTOP FOR COLLEGE – Which one is Better in 2022

As a student, I am sure you will agree with me that having a... 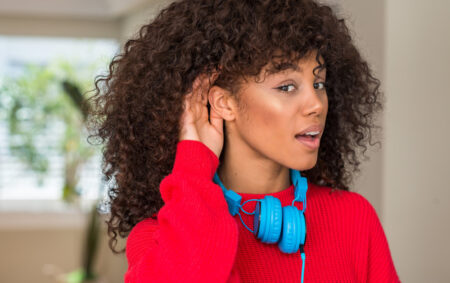 How to Prevent Hearing Loss from Headphones in 2022

how to prevent hearing loss from headphones? Hearing loss among young people is a... 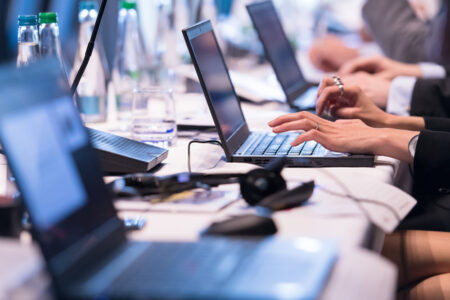 There are many reasons you might end up thinking what kind of laptop do... 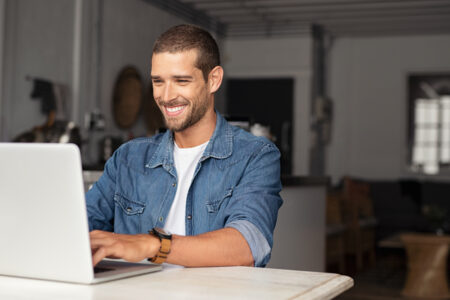 In this article, I will let provide you with the list of Top 7... 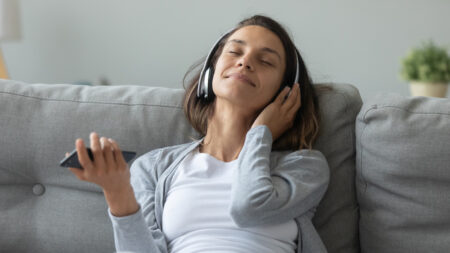 Do you know How to Improve Headphone Sound Quality? If you are one of... 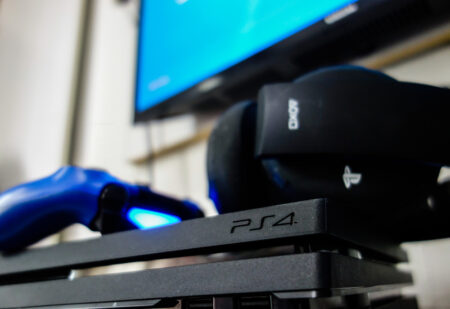 How To Connect Bluetooth Headphones to PS4

Do you know How To Connect Bluetooth Headphones to PS4? When you play on... 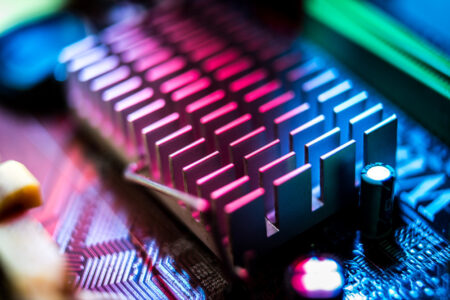 How to Install Motherboard Drivers Smoothly and safely 2022

How to install motherboard drivers. We all know that technology evolves in both software...

What is the Most Common Pointing Device on Laptops?

What is the Most Common Pointing Device on Laptops? Pointing (or pointing) devices are...